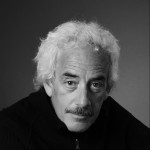 Bruce Bennett has covered more than 5,300 NHL and international hockey games over the past 43 years, as well as other assorted professional sporting events. It’s estimated that over 30,000 of Bruce’s photographs have appeared in major newspapers and magazines and on websites around the world. By 2004, Bruce Bennett Studios (BBS) had amassed a library of over 2 million hockey images and was acquired by Getty Images. Bruce joined Getty Images as Director of Photography, Hockey Imagery.

All posts by Bruce Bennett