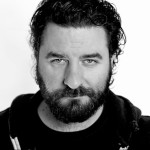 is an award-winning photographer based in South West London. Originally from Glasgow, Alex moved to London as a teenager and to fund his way through drama school. Alex was lucky enough to work as an assistant to some of London’s top photographers where he honed his craft. Now Alex has managed to forge his way as an acclaimed photographer; offering first class headshot sessions in both the acting and corporate world. Follow him on Instagram.

All posts by Alex Lagarejos

7 Steps to Capturing Truth in Your Portraiture